前回の結論を考えてみる。「What I think COVID-19 Really is」 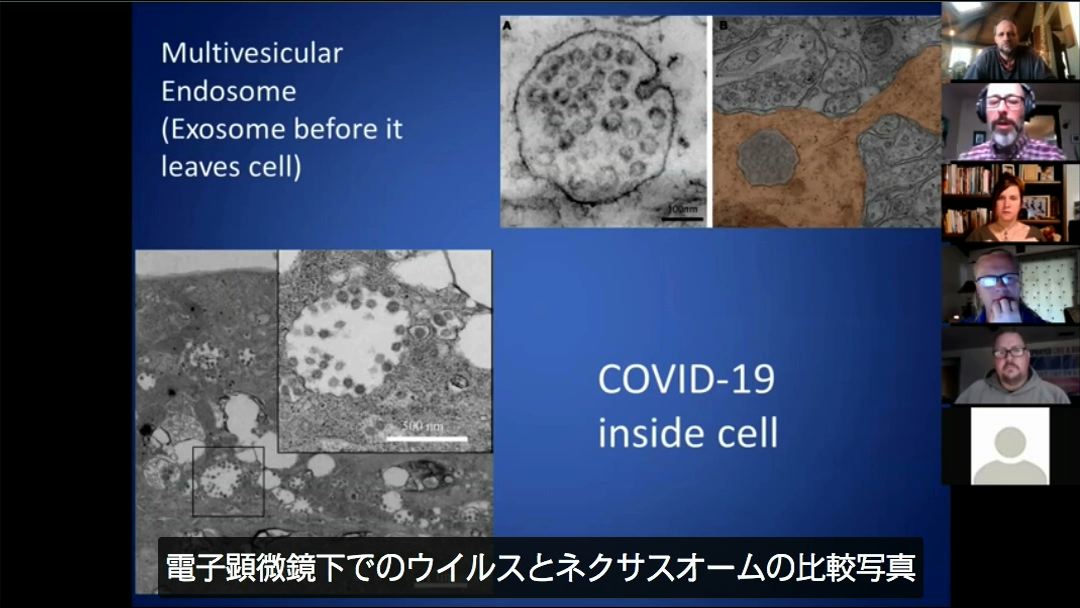 「What I think COVID-19 Really is」という動画がある。

Unfortunately, this story is what I dreamed of in bed, with no evidence.

One day, multiple cases of pneumonia occurred in Wuhan. The first thing that came to the news was that antibiotics didn’t work. And when the patient was examined, coronavirus was detected. This virus was similar to SARS-CoV. SARS-CoV-2. However, WHO advertised the symptoms of SARS-CoV-2 as COVID-19 under the name of the disease. This disease is a severe acute respiratory syndrome.

Where is the evidence that SARS-CoV-2 causes severe acute respiratory syndrome? Is there a report that SARS-CoV-2 was found in the lesion of a patient who died of pneumonia?
The deceased people are cremated and go home without their families being allowed to touch them. I cannot help feeling discomfort with this.

Severe acute respiratory syndrome may have been caused by other causes. However, it was alleged to be due to SARS-CoV-2. Presumably, SARS-CoV-2 would not be highly toxic. It would be a problem if the virus that had been scattered all over the world before the outbreak of this patient in Wuhan had strong toxicity. The SARS-CoV-2 may have been sown all over the world in the chem trail and in the hands of people.

SARS-CoV-2 had to be weakly toxic.
However,the media around the world reported that SARS-CoV-2 is the cause of severe acute respiratory syndrome.

In Japan, PCR tests are difficult to receive. Never do PCR tests for all citizens. The PCR test is also positive for viruses other than SARS-CoV-2. Reacts to influenza virus and others. PCR testing does not represent the truth about SARS-CoV-2. If all people were tested for PCR, more than half of the people would be positive.
・ Misunderstanding of PCR test

Dr. Thomas Cohen
said, “Whenever an ecosystem is exposed to new electromagnetic fields, it becomes poisoned, partially destroyed and the rest in asphyxia.”

Dr. Chishima
said that when affected by drastic changes in the environment, pathogens naturally occur in the body, and what is said to be an infectious disease spreads simultaneously.

Even Pasteur, who said that microbes invade from the open air, said in a will
that there are no pathogens, that is, the earth is everything.

The French word translated “earth” here is “teriain”. This word also includes the meaning of “environment”.

Well, if SARS-CoV-2 wasn’t the main culprit in severe acute respiratory syndrome, was there anything that would change the environment in Wuhan?

I wonder if the sudden change in the electromagnetic field due to 5G may have had a negative effect on the human body.

5G is a drastic change in the global environment. The human body moves with electrical signals. It is unnatural to think that strong electromagnetic waves do not affect the human body. Strong electromagnetic waves will affect red blood cells. Then, it causes respiratory failure due to lack of oxygen and causes bacteria to be generated in the lungs. the government does not dissect the deceased people, so this is just speculation.

Why are there few Japanese fatalities (note that they are fatal, not infected)? One speculation is that I think the Japanese may have created a new immune function when exposed to radiation from the Fukushima nuclear accident.

Well, what will happen next? That would be vaccine development. If SARS-CoV-2 was artificially created, the vaccine would probably already exist. And I don’t know what’s in the vaccine. However, people who have been brainwashed by the media for the fear of SARS-CoV-2 will jump on this vaccine.

Already people are lambs who have lost their destination.

A world in which microchips are mixed in vaccines and the information is collected at a fierce 5G speed to manage people around the world. It is reminiscent of a number card hung on the ears of lambs raised on the farm. Isn’t such a world just around the corner?

When I got out of bed, I thought that if the electromagnetic wave continued to pollute the earth’s environment, the number of living things on earth would be greatly reduced.